To honor and remember the Puget Sound Fire Firefighters that have made the ultimate sacrifice by unselfishly giving their lives in the performance of their duties, and to remember those members, active and retired, that have left us too soon. Gone, but never forgotten. 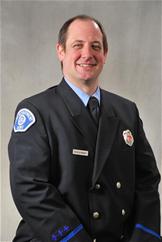 Engineer Robert W. “Bob” Schmidt passed away April 22, 2013 following a 10 month battle with brain cancer. Because his cancer was determined to have been caused by his profession as a firefighter, Engineer Schmidt’s death is considered to be a Line of Duty Death (LODD).

Bob joined the Kent Fire Department (now known as Puget Sound Fire) in September, 1989. He spent most of his career on C-shift at Fire Station 71. Over the course of his career, Bob responded to thousands of 9-1-1 calls and never hesitated to help, whether it was as a firefighter or a friend.

At Bob’s side when he passed away, Fire Chief Jim Schneider said, “Our thoughts and prayers are with Engineer Schmidt’s family. We have lost a great guy who placed his family as his number one priority. He could light up a room with his smile and his enthusiasm for everything and everyone he believed in”.

The department is grateful for the service Engineer Bob Schmidt provided to the residents and businesses of our community. He is gone, but will never be forgotten. 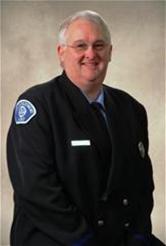 Retired Firefighter-Engineer Ernie Rideout passed away June 7, 2012 from complications related to his multiple myeloma, a type of cancer which affects the bone marrow and white blood cells. Because his cancer was determined to have been contracted due to his profession as a firefighter, Ernie’s death is considered to be a Line of Duty Death (LODD).

Fire Chief Jim Schneider said, “Firefighter Ernie Rideout was the type of individual that when you met him, you became his friend immediately. He loved his family first, his job second and always tried to help others in need. Firefighter Rideout was the type of individual that would say, don’t worry about me, just do a random act of kindness for a stranger. That statement defines Firefighter Ernie Rideout.” 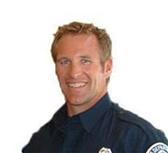 Hauer was a peer fitness trainer for the department and an advocate for firefighter fitness across the country. He devoted his entire career to the promotion of health and wellness and advocated for early detection. Firefighter Hauer spent the last five years of his career on the development of a regional wellness center designed to serve many fire departments in the Seattle, Kent and Tacoma areas.

As he battled with his illness, he continued with his service to the International Association of Firefighters (IAFF) Wellness Fitness Initiative, teaching fitness seminars across the country. Two weeks before his passing he staffed the IAFF Wellness Fitness Booth at the Phoenix Health, Wellness and Fitness Symposium. Hauer always held that early detection through annual medical and fitness evaluations is the key to firefighters health and safety. He always said, “The issue here is why go to the doctor and learn you’re very sick when you can go to the doctor and keep from getting very sick. With each win is another chance at life.”

The first Kent Fire Department (now known at Puget Sound Fire) Firefighter to lose his life in the line of duty occurred in June 1979. Volunteer Firefighter Ralph Bucklin died from injuries he received while battling a house fire.

Firefighter Brian Paul Massey passed away Friday, May 18, 2007 while climbing Alaska’s Mount McKinley. Brian worked as a resident firefighter for Spokane County Fire District #10 prior to joining the Kent Fire Department (now known as Puget Sound Fire) in January of 2005. In his tenure with the department, Brian’s positive demeanor, hard work, and attention to detail earned him the respect of his colleagues.

Firefighter James Lutz, passed away in June 1994 of amyotrophic lateral sclerosis, a condition commonly known as Lou Gehrig’s disease, which attacks the nervous system. Firefighter James Lutz was a living paradox. Instead of settling for the limitations brought on by Lou Gehrig’s disease, he leapt beyond them. In doing so, Firefighter Lutz continued working for the Kent Fire Department (now known as Puget Sound Fire) throughout his two-year struggle with the disease. When he was no longer capable of fighting fires, he did clerical work at the station.

Among those at Mr. Lutz’s side when he died was Kent Fire Chief Norm Angelo, who said last year’s Firefighter of the Year always conducted himself with class and enthusiasm. “He was a very aggressive firefighter,” Angelo said. “These guys go beyond what is called for, and he was in that mode.”

There is a memorial erected in Firefighter Lutz’ name at Fire Station 75.

Let us never forget the 343 members of the New York City Fire Department who made the supreme sacrifice and gave their lives on September 11, 2001. We honor those 343 firefighters every day by remembering them and never forgetting their sacrifice. September 11, 2001 is a day that will forever be engraved in our memories.